This Ain’t No Cruise, It’s A Super Cruise!

John-Fredrik Wright
5 min read
No Comments on This Ain’t No Cruise, It’s A Super Cruise!

Handsfree driving is not for the faint of heart. Having been told to keep two hands on the steering wheel for decades, letting go is not easy.

We recently reviewed the 2019 Cadillac CT6 Sport AWD. We discussed the cool features, the very comfortable seats, the sporty driving characteristics despite it being a huge car, and so on. There is one feature, however, that makes the 2019 Cadillac CT6 stand out from the crowd: Super Cruise. Way before my time, some of you might remember when cruise control became available as an expensive option. Later on – now within my lifetime – the adaptive cruise control came along and took cruising to an entirely new level. It almost felt like the car was an autonomous vehicle, it felt like it was doing all of the driving. Now, with the Super Cruise, Cadillac takes cruising to the next level. Not an incremental step up from adaptive cruise, no this is just as large of a leap as the one from the original cruise control to adaptive cruise. This is awesome. This is Moore’s Law applied to cruise controls, ladies and gentlemen, we are making tech-leaps here.

By now you might be asking; what is this miraculous cruise control that we speak so fondly of? With a name like Super Cruise it must be pretty good. Super Cruise watches the road, follows the road, and drives the car for you. Yeah, it drives.

Not only is the Super Cruise watching the road, it’s also watching me to make sure that I am still paying attention to the road ahead. With a camera of sorts sitting on the steering column it makes sure that my head is facing forwards. Interestingly, it does not see if my eyes are open or not (maybe due to my glasses?), but does remind me to look forward if I turn my head away for too long.

So, how does it work? What does it do? Well, on specific freeways (pretty much all stretches of all freeways in SoCal) a little grey steering wheel symbol will light up right next to the speedometer, letting you know that you are driving on a Super Cruise-able freeway. Make sure that the car is centered in the lane and hit the Super Cruise button with your left thumb and the top of the steering wheel will light up in green (as well as the little symbol I just mentioned) and the car will take control. It will now keep the car steady in the lane and adjust your speed to match the vehicle in front of you.

It feels like we are running out of space on the steering wheel of the modern car.

If the Super Cruise system feels that it can’t see well enough, or the lane dividers become obscured somehow (if you’re in the right lane and an entrance lane merges into yours, for example), or if for some other reason the system feels that it’s not certain about what is going on, it will release control back to the driver. You’ll be notified with a buzz of the seat, and blinking lights on the steering wheel. If you don’t take control of the car the Super Cruise system will start to slow the car down, which on the rare occasion the 405 is moving (when does that ever happen!?) will wake you up from whatever daydream you were in, as you don’t want to be the driver slowing down in the fast lane.

The driver information cluster showcases the status of Super Cruise

The hardest part about the Super Cruise system though, was testing to see how long the driver can look down before the system buzzes you and demands your attention. It’s only a couple of seconds, but long before the system let me know, my own body and mind did. It’s very stressful to not look forward when driving on the freeway at 65mph*. This is different than looking at the radio with the road ahead still in your peripheral view. Looking down at a half-empty lemonade from Panera Bread, with zero chance of seeing the road ahead, is pretty nerve-racking. But, at the same time, it’s also fascinating to get to be a part of the generation that trusts the technology enough to actually do it.

Here’s a quick blurb about the Super Cruise, filmed in the CT6 as we were trying it out:

*We tested the Super Cruise under safe conditions with our team, please keep your eyes on the road at all times, with or without a Super Cruise system operating the car.

Check out https://www.cadillac.com/world-of-cadillac/innovation/super-cruise for more information on the SuperCruise system. 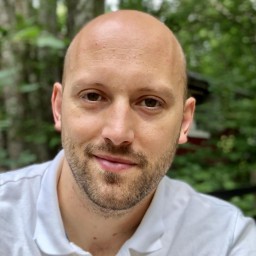 Compete In Michelin LeMans Challenge At The Petersen Museum

This Caddy Has It All: 2019 Cadillac CT6 Platinum